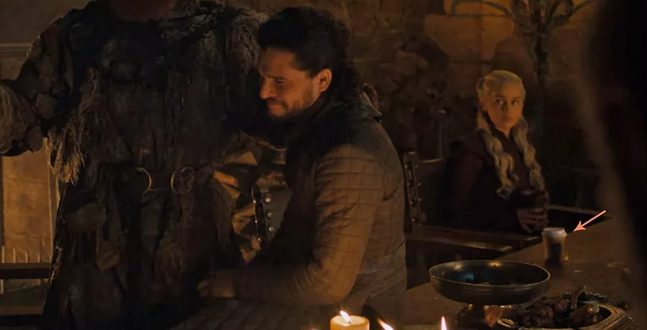 HBO Responds To Starbucks Gaffe In Game Of Thrones

Savvy viewers who tuned in to the fourth episode of the HBO fantasy saga’s final season, “The Last of the Starks,” were distracted when they spotted what appeared to be an out-of-place Starbucks coffee cup in a scene taking place in Winterfell, the home of House Stark.

In response to “inquiries from those who saw a craft services coffee cup in Sunday night’s episode,” HBO said in a statement on Monday, “The latte that appeared in the episode was a mistake. Daenerys had ordered an herbal tea.”

What do Dragons drink, anyway?

Daenerys Stormborn of House Targaryen, the First of Her Name, Queen of the Andals and the First Men, Protector of the Seven Kingdoms, the Mother of Dragons, the Khaleesi of the Great Grass Sea, the Unburnt, the Breaker of Chains, and Drinker of Pumpkin Spice pic.twitter.com/BOPdolRhXz