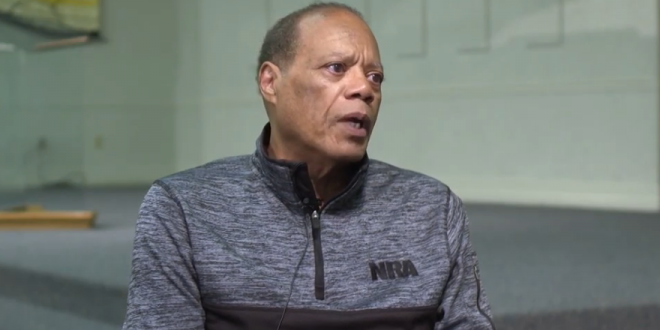 Millions of Black Americans are slowly becoming aware that the so-called Congressional Black Caucus (CBC) is preparing to back-stab them by voting to enact the Gay Equality Act on Thursday, May 16, 2019. CBC Chairwoman Karen Bass (D-CA) and the entire morally-bankrupt CBC have flippantly refused to defend the real purpose of the 1964 Civil Rights Act as a scam to make “Gay the New Black” wherein pedophiles, sodomites of all stripes, and persons of debased fetish needs are accorded protected class status akin to Blacks and women.

Bass and the Dirty Dozen have determined to vote in favor of trivializing the historical suffering of Blacks as akin to a sexual desire, imperil the religious rights and values of Black churches and educational institutions, add new impediments to struggling Black communities, and significantly increase sexual violence and crimes against vulnerable demographic groups.

The Bass-led CBC that is in lock-step in supporting the Gay Equality Act is as cruel and treacherous as Judas Iscariot’s betrayal of Jesus Christ for chump change. Unfortunately, if the Gay Equality Act becomes law, Black Americans will suffer a moral, cultural, spiritual, and social sexuality-based Jim Crow Apartheid that might signal their destruction as a people.

This misguided leadership is nothing short of betrayal. The CBC has made the agenda of the democratic party their sole concern to the detriment of Black Americans across our nation. The CBC champions the gay agenda, DACA, open boarders, socialism, infanticide, the impeachment of President Trump, liberal bigots, and now Nancy Pelosi’s push to redefine the 1964 Civil Right Act to include the moral agenda of the LGBTQ community.

The above, authored by Pastor Stephen Broden [photo], is from Gone2Far, a relatively new coalition of familiar anti-LGBT extremists Scott Lively, Peter LaBarbera, Brian Camenker, alleged ex-gay Stephen Black, and a gaggle of hater nobodies you’ve never heard of. They recently appeared on JMG for their demand that icky gays give them back “God’s rainbow.”