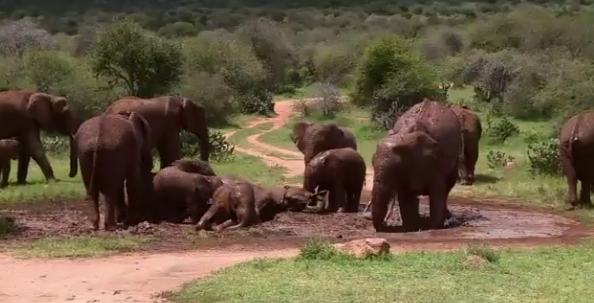 A sweeping report assessing the state of the natural world found that humans are having an “unprecedented” and devastating effect on global biodiversity, with about 1 million animal and plant species now threatened with extinction.

A summary of the report’s findings was released Monday by the Intergovernmental Science-Policy Platform on Biodiversity and Ecosystem Services, which was established in 2012 by the United Nations Environment Programme and includes representatives from 132 countries.

About 75% of the planet’s land and 66% of its ocean areas have been “significantly altered” by people, driven in large part by the production of food, according to the IPBES report, which will be released in full later this year. Crop and livestock operations currently co-opt more than 33% of Earth’s land surface and 75% of its freshwater resources.

Agricultural activities are also some of the largest contributors to human emissions of greenhouse gases. They account for roughly 25% of total emissions due to the use of fertilizers and the conversion of areas such as tropical forests to grow crops or raise livestock such as cattle.

Agricultural threats to ecosystems will only increase as the world’s population continues to grow, according to the IPBES analysis.

In the most sweeping study of biodiversity in the history of science, hundreds of experts around the world warn that ONE MILLION species are at risk of extinction and that human consumption could end nature as we know it: https://t.co/avW7ZRuqVt

Relentless pursuit of economic growth, twinned with the impact of #climate change, has put an “unprecedented” one million species at risk of extinction, scientists warn in landmark #biodiversity report #IPBES7 https://t.co/eu8jvosiZr pic.twitter.com/HRu3KsuSik

If a million species go extinct, it’s only a matter of time before we’re next https://t.co/FWA9U5msoP