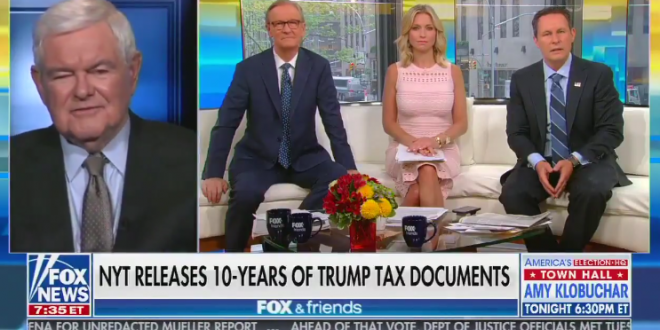 Fox News contributor Newt Gingrich defended President Donald Trump from what many see as a very damning New York Times report that outlines in grave detail, just how financially unsuccessful Trump’s business dealings were from the mid-80s to the mid-90s.

While many in the media have criticized Trump’s apparent mythology — calling him out in names that range from “Biggest Loser” to “Con man,” former House Speaker Gingrich had a different take altogether.

“When you lower taxes, there is less reason to create losses for tax purposes. So, in a very real way, the Trump tax cuts are vindicated by the “New York Times” story,” Gingrich proclaimed.