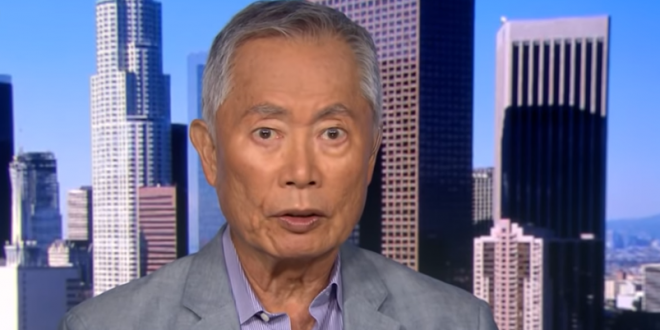 Could George Takei boldly go where no man has gone before? No, not into the far reaches of space, but someplace even harder to reach: Defeating long-time Sen. Mitch McConnell for his seat in Washington. Oh my!

The actor famous among Star Trek fans for his role as USS Enterprise pilot Hikaru Sulu and, more recently, well-known as a left-leaning political advocate, tweeted Thursday that he’s “tempted” to move to Kentucky just to run against the Kentucky senator and Senate Majority Leader.

Takei obviously isn’t a resident of Kentucky, but all that’s required to run for U.S. Senate is for the candidate to live in the state, so it wouldn’t take much for it to happen. McConnell is up for reelection next year.

I’m tempted to move to Kentucky just to run against Mitch McConnell.

I’m tempted to move to Kentucky just so I could vote for you.#DitchMitch https://t.co/goQFEX6Rhi