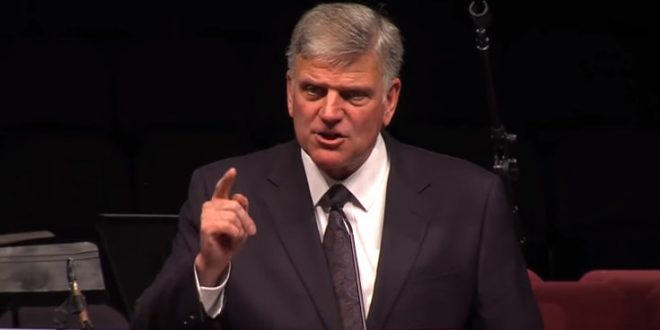 Leading evangelist Franklin Graham has responded to critics of his “special day of prayer” on Sunday, a time when he’s urged Christians worldwide to ask God to protect President Trump as his political “enemies” seek impeachment.

Since making the announcement last Sunday, Graham has faced backlash from fellow Christian leaders who argue that Graham’s call to prayer for the president is nothing more than an attempt to politicize prayer and “engender support for Trump by whipping up prayer.”

“If the president was brought down for whatever reason, it could lead to a civil war. There are millions of people out there that voted for President Trump that are behind him that are angry and they are mad. We are just living in a very dangerous territory and we need God’s help.”

Graham goes on to praise Tulsi Gabbard for opposing impeachment.