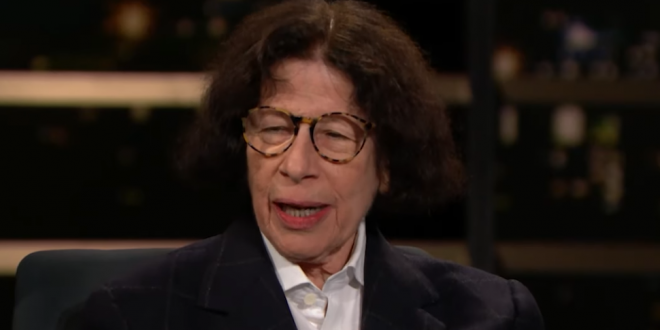 Fran Lebowitz said she regrets that “everyone misinterpreted” her comment on Bill Maher’s Real Time Friday night, when she suggested the U.S. turn President Donald Trump “over to the Saudis, his buddies – the same Saudis who got rid of that reporter.”

“Maybe they could do the same for him,” she told Maher, who had asked if she favored impeaching the president. Lebowitz apologized later in the show, after producers alerted Maher her remark had triggered “blowback” on Twitter.

“I saw your face when I said it,” she told Maher. “I didn’t realize that I had said it. I had 12 cups of coffee. I regret saying it,” Lebowitz said after the broadcast, during on the online-only ‘Overtime’ segment HBO presents via YouTube.

Right wing sites and Trump World figures are predictably going crazy. Lebowitz is trending near the top of Twitter this morning.

Fran Lebowitz Says Trump Should Be Murdered By The Saudis https://t.co/3sTnTcc4vC