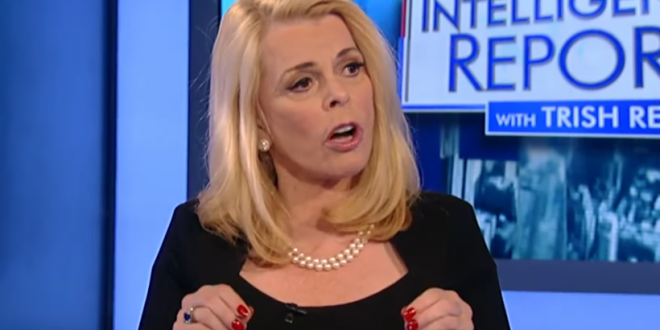 “The fact is, this is the trial lawyers and ambitious politicians out to make a quick buck. Because the evidence shows that legitimately prescribed opioids are not to blame for this epidemic of deaths. The Annals of Internal Medicine has a new study showing that 87% of people taken to the ER for an opioid overdose were not prescribed opioids for pain themselves. They stole them. And let me ask you something. If a guy stole a Buick and robbed a bank, would you sue General Motors? You think they should sue McDonald’s for the obesity epidemic?” – New York Post columnist Betsy McCaughey, today on Fox Business.

The ex-wife of billionaire Commerce Sec. Wilbur Ross, McCaughey ran unsuccessfully for New York governor in 1998 after three years as lieutenant governor during George Pataki’s first term. In 2016 she worked as an economic advisor to the Trump campaign.

In 2013 she made headlines for her false claim that Obamacare would result in intrusive questions about a patient’s sex life regardless of their illness. Other false claims about Obamacare earned her multiple “Pants On Fire” ratings from Politifact.