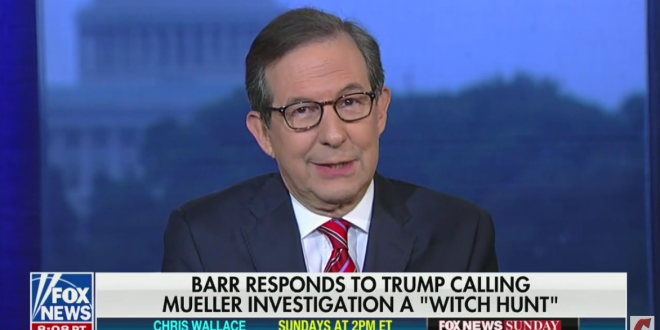 The Fox News anchor went on to note that we had heard Trump complain openly for the past two years that he didn’t have an attorney general who would look out for him and protect his interests.

“He clearly has that now with Bill Barr,” Wallace asserted. “Not saying that Barr isn’t right in everything he says. But he clearly is protecting this president and advocating his point of view on a lot of these issues.”