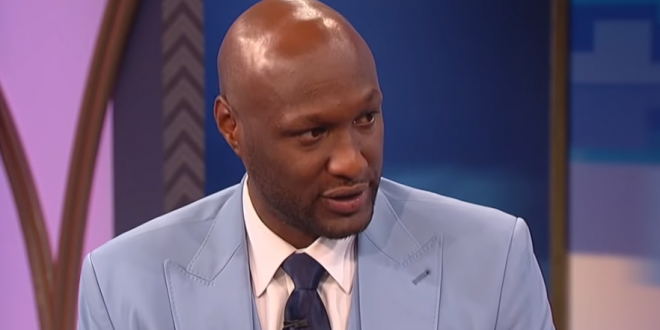 According to former NBA star Lamar Odom’s new memoir, he panicked about his “daily” weed smoking when he learned he’d be drug-tested after making the 2004 US Olympic basketball team.

“We started googling ‘fake penises’ and studied different ways to beat a drug test,” he writes. “After an exhaustive search we ordered a giant, rubber, black cock to arrive the next day.” And when the official tester arrived at Odom’s home to administer the test, the NBA champion was prepared, recruiting his drug-free trainer “to urinate into the reservoir of the phallus, which was hidden in the balls,” he writes.

“He handed me the rubber penis and left the bathroom as I strapped it on,” Odom writes about his trainer. The NBA security official then entered the bathroom and watched from two feet away as Odom squeezed out his trainer’s pee from the prosthetic. “I unzipped my pants and carefully slid the fake penis through the zipper hole. To get the pee to come out of the tip, I had to squeeze the shaft repeatedly,” Odom writes.

After he peed in the cup, the official used a thermometer to make sure the urine was warm and therefore real. The US team went on to win the bronze medal. Omar is the ex-husband of Khloé Kardashian.