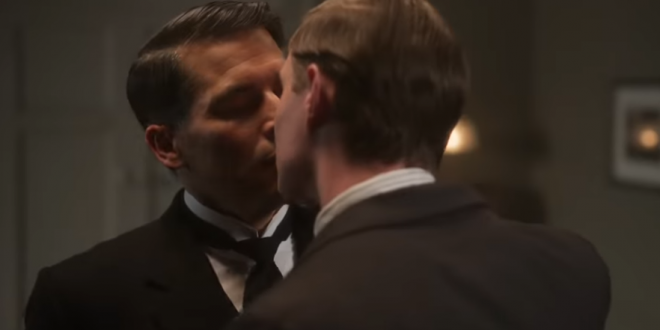 The first full trailer for the Downton Abbey movie has arrived, and it confirms some royally big news: The film will center around the king and queen’s visit to Downton and the Crawley family and staff’s attempts to prepare for this momentous occasion — including Lady Mary (Michelle Dockery) calling on Carson (Jim Carter) for assistance.

What this regal event means for the Crawley family will comprise the bulk of the film’s drama, but it’s clear it will involve the entire cast of characters coming together to make the best possible impression on the royal family, which includes inviting Carson back to the Abbey’s hallowed halls to help the downstairs staff put their best foot forward.

As you can see in the screengrab above, it looks like scheming butler Thomas has finally gotten a love interest. The movie opens on September 19th.