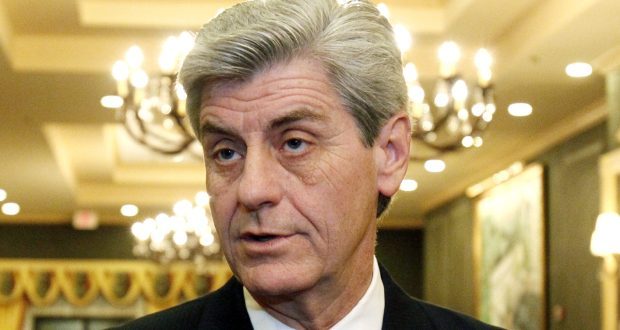 A federal court in Mississippi on Friday temporarily blocked the state’s new “fetal heartbeat” law that bans abortion after roughly six weeks of pregnancy. The law was set to take effect July 1. “Here we go again,” U.S. District Judge Carlton W. Reeves wrote in his opinion. “Mississippi has passed another law banning abortions prior to viability.”

The judge went on to say that Mississippi’s law, which was passed in March, “prevents a woman’s free choice, which is central to personal dignity and autonomy.” The case was filed by Center for Reproductive Rights on behalf of Jackson Women’s Health Organization, the last remaining abortion clinic in Mississippi.

The bill was signed by Gov. Phil Bryant [photo above] back in March. Earlier this week one of the bill’s sponsors was arrested for beating his wife for not undressing quickly enough when he demanded sex.