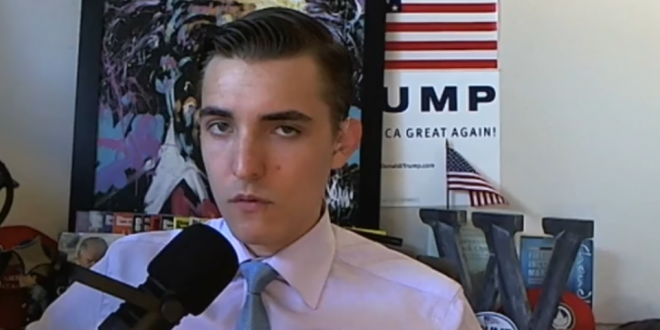 In a development that should surprise no one familiar with the hoaxster duo’s theatrics, the Eventbrite post Burkman shared turned out to be registered under an email address used by Wohl himself. The now-deleted event, dubbed “Protest Against Homophobic Bigots,” listed no official organizers on its public page.

At tomorrow’s press conference, Tweedledork and Tweedledickwad plan to prove that their sexual assault claims against Mayor Pete are, like, totally real. Immense self-owning will surely ensue.

We WILL NOT surrender to the mob!

We’ve called in extra security to guard our safety and that of our
partners in the mediahttps://t.co/Y7JRo2MQ09

Jacob Wohl and Jack Burkman are holding a press conference about their fake Pete Buttigieg smear. A google search reveals that the home at the address is owned by Jack Burkman.

He’s having the press conference at his house…. pic.twitter.com/NYbPvLL8pX

An event posted online to protest Jacob Wohl’s upcoming press conference appears to have been organized by Jacob Wohl himself.

hahahaha Wohl and Burkman can’t even fake a protest of themselves without stepping on a rake https://t.co/LFx25Iwix6