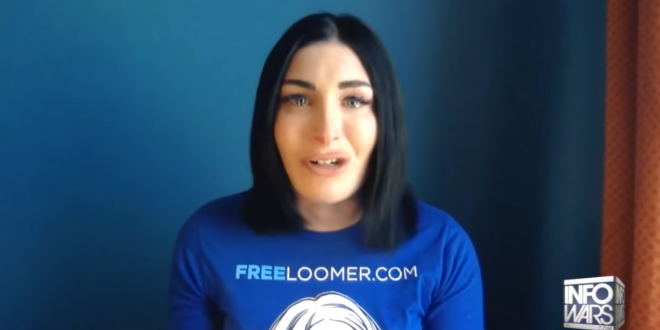 Remember a few months ago when far-right agitator Laura Loomer had a screaming meltdown after being banned by PayPal, ranting that they want her “homeless and dead”?

A few days ago Loomer was also banned by Facebook and Instagram and yesterday she really outdid herself in an appearance on Infowars, screaming that her life has been “ruined.”

We’ve seen over and over the violence and death caused at the hands of conservative white men, their hatred fed into by the likes of these extremists like Loomer, whose irresponsible hate and bigotry knows no bounds. But let us save the tiniest of tears for Laura Loomer, whose life is ruined by not being able to post on Facebook.

You will enjoy the clip. At the 13:30 mark in the longer video posted to YouTube, Loomer implies that she might commit suicide, telling Alex Jones, “My life is unlivable at this point. I’ve lost 90% of my income and cannot make a living even though I have a degree! I was valedictorian in college! I have to spend my life worried about getting murdered by leftists and Muslims every single time I go outside!”

lol even Alex Jones is like “gurl please” pic.twitter.com/xJHbhdcd8G

Previous Mueller Sets Tentative Date To Testify Before House
Next Trump Rages: Mueller Should Not Testify, “No Redos”