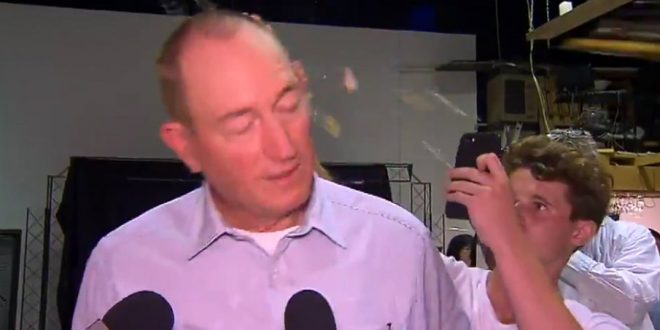 The anti-immigration politician egged by a teenage boy earlier this year has lost his seat in the Australian parliament following the country’s federal election.

Fraser Anning, who sparked outrage when he said Muslim immigration was to blame for the New Zealand mosque shootings, has been defeated in his bid to return to the Senate. His party – Fraser Anning’s Conservative National Party – failed to get the votes needed to win a single seat in either the upper or lower houses, according to Australia’s 9News network.

The result caused glee among mainstream politicians and pundits. “Fraser Anning goes back to where he came from … he won’t be in the Parliament,” said ABC News commentator Antony Green. Liberal MP Trent Zimmerman called it “one of the great outcomes of this election”.