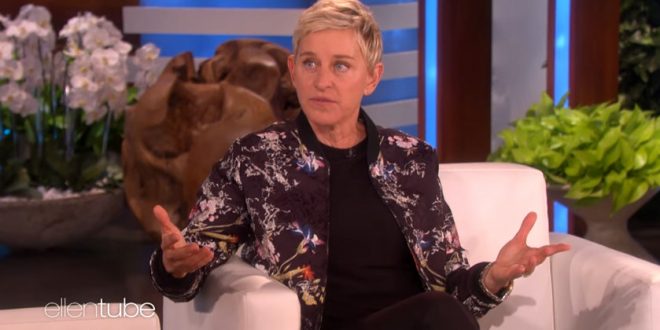 During her appearance on David Letterman’s show My Next Guest Needs No Introduction, Ellen DeGeneres shared that her stepfather sexually abused her as a teenager. DeGeneres said her mother married “a very bad man,” who would grope her and once tried to break into her room, leading her to climb out a window in order to escape.

According to DeGeneres, her stepfather used her mother’s breast cancer diagnosis as an excuse to grope her. “He told me that he’d felt a lump in her breast and needed to feel my breasts,” she said on Letterman’s show, which is set to premiere Friday on Netflix.

Ellen DeGeneres shared the heartbreaking details of her sexual abuse in a new interview with David Letterman: https://t.co/Tyk6TMsYgl

I’m a big fan of David @Letterman. It was an honor to be on his @Netflix show, even though he didn’t introduce me. pic.twitter.com/nWv9Adc4OH