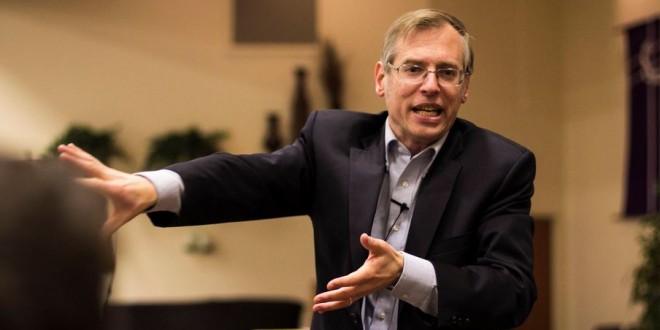 “I think it was. So the church shouldn’t recognize  when a man comes in with his pet sheep or his pet dog and says, ‘This is my wife.’

“The church says, ‘No, that’s illegitimate. That is treason against Almighty God. That is a sin that’s abominable. Repent of it.'” – Pastor Kevin Swanson, speaking his radio show, where he has hosted Roy Moore multiple times.

PREVIOUSLY ON JMG: In 2015 Swanson earned international headlines for his ranting call to execute homosexuals. Those demands came moments before he introduced then-presidential candidate Ted Cruz, who spent weeks denying any prior knowledge about Swanson’s beliefs before a spokesman finally expressed regret for Cruz’s appearance. In June 2016, Swanson declared that the Pulse massacre victims got what they deserved because “God gives up on sinners.” In September 2017, Swanson warned that SCOTUS must immediately repeal same-sex marriage before God sends another killer hurricane. In August 2017, Swanson declared that pro-LGBT public schools should all be “burned to the ground.” In May 2017, Swanson warned that the goal of public schools is to turn children into “transgender communists.” In December 2017, Swanson claimed that Roy Moore lost his Senate bid because Alabama fathers are turning their kids gay by watching porn. In August 2018, Swanson declared that California’s wildfires were God’s punishment for homosexuality.

Previous Major League Baseball Monitors Test Of Robot Umpires
Next Lindsey Graham: This Has Been A Political Rectal Exam