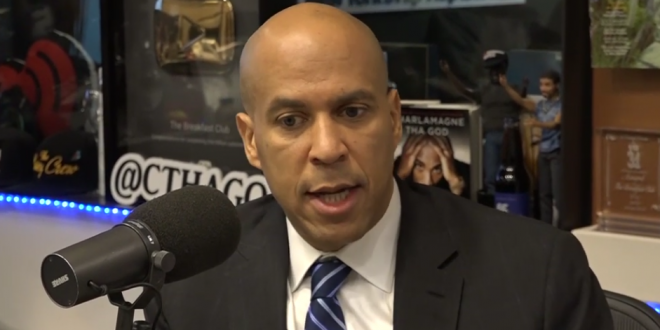 Cory Booker Gets There: Time To Begin Impeachment

The New Jersey senator endorsed the idea of impeachment shortly after special counsel Robert Mueller addressed the findings of his two-year probe for the first time Wednesday.

Booker joins a number of other 2020 White House rivals who have called for impeachment in the wake of Mueller’s 448-page report released earlier this year.

I’ve been asking for Mueller’s testimony—today he made his views clear.

This Administration has continued to stonewall Congress’s oversight. Beginning impeachment proceedings is the only path forward.

Previous Family Of Inmate Who Died Of Thirst In Jail Run By Trump Cultist David Clarke Settles Suit For $6.75 Million
Next Graham: AG Bill Barr Got It Right On Mueller’s Report