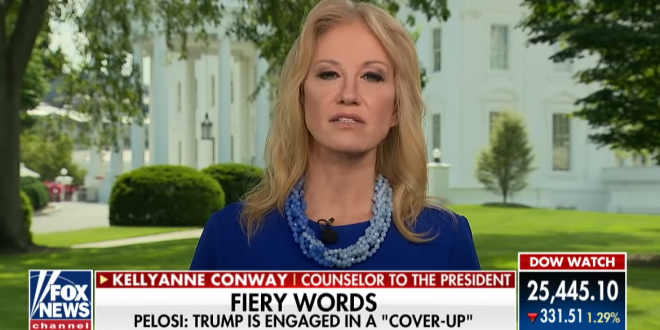 Conway: Nancy Pelosi Treats Me Like Her Maid [VIDEO]

Kellyanne Conway escalated a feud with Nancy Pelosi on Thursday, accusing the House speaker of treating her like “her maid” following the previous day’s disastrous meeting on infrastructure.

“When she was finished I said, respectfully, ‘Madam Speaker, would you like to address some of the specifics the president talked about,’” Conway recounted in an interview on Fox News. According to Conway, Pelosi shot back: “I don’t — I talk to the president, I don’t talk to staff.”

Conway said she shrugged off the interaction. “Because let’s face it, she is the sixth-most rich member of Congress, she treats everybody like they’re her staff,” she claimed. “She treats me like I’m either her maid or her driver or her pilot or her makeup artist and I’m not.”