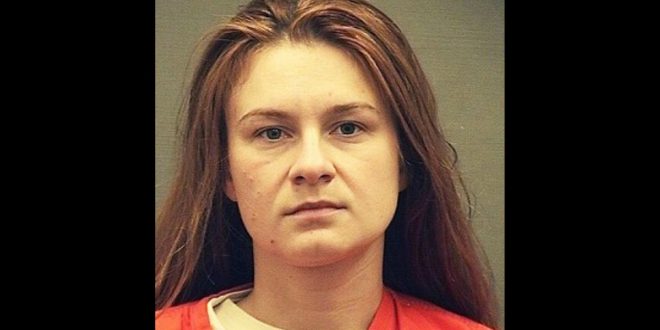 Convicted Russian Spy: I Was Trying To Build Peace

Maria Butina says this is all a big misunderstanding. Was she part of the vast Russian government effort to influence politics within the United States? “Absolutely not,” she said. All she wanted, Butina said, was to be a “peace-builder” between Russia and the United States.

The Russian woman who has pleaded guilty to conspiring to serve as a foreign agent inside the United States says she simply didn’t know she was supposed to register. As for being an intelligence operative, an agent provocateur or any of the other things of which she has been accused, Butina said those accusing her don’t know her.

“It wouldn’t be appropriate to say that this was all one grand giant plan and I’m a part of some grand giant plan,” she said Thursday. “There is no proof of that. And I have no knowledge that there is a certain plan.”

Hit the link for much more from her interview. Butina will be deported after completing nine months of her 18-month sentence. The first nine months were credited as time in custody awaiting trial.