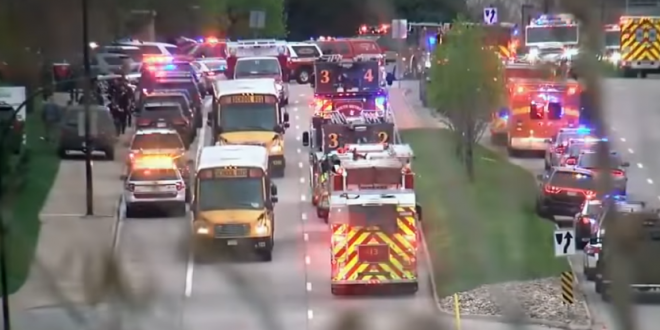 Authorities are investigating a report that a private security officer at STEM School Highlands Ranch shot at a Douglas County sheriff’s deputy responding to Tuesday’s attack that left one student dead and eight others wounded, 9News has confirmed with multiple law enforcement sources.

Investigators are also looking at the possibility a bullet from that security officer’s gun may have hit and wounded one of the students injured in the incident – a question that likely will not be answered until ballistics testing is complete, 9News has learned.

“News to me,” said Grant Whitus, the owner of BOSS High Level Protection, the private security firm contracted to have an officer at the school. “I know nothing about that because I haven’t interviewed him,” Whitus said. “Douglas County hasn’t interviewed him yet, so I can’t comment.”