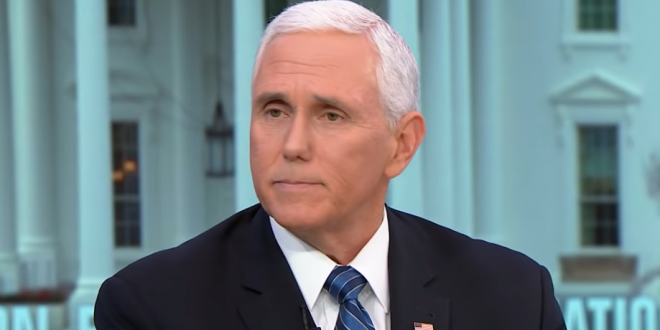 Dozens of graduates and faculty at Taylor University walked out of graduation exercises Saturday morning minutes before the introduction of Vice President Mike Pence, who delivered the Christian liberal arts school’s commencement address. In caps and gowns, the students and faculty rose and quietly walked down the aisle and out of the auditorium in the Kesler Student Activities Center at Taylor.

The protest, planned and discussed prior to Saturday’s ceremony, comes after faculty and students at the nondenominational Christian liberal arts school debated the appropriateness of the vice president at the commencement ceremony. Most of Taylor’s graduating class remained seated for the vice president, who received a standing ovation after the planned walkout. Pence is the first U.S. executive branch official to speak at the small Christian school of about 2,500.

The same thing happened at Notre Dame in 2017.