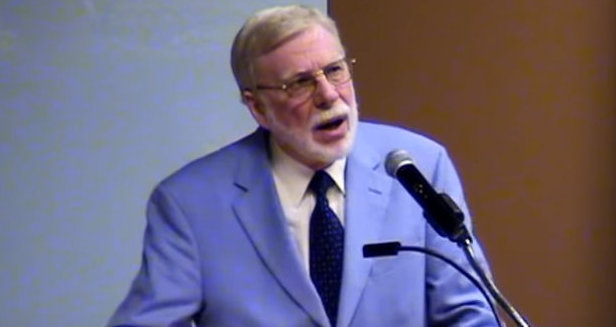 Christian Activist: Since Gays Die 20 Years Early, Voters Should Wonder If Mayor Pete Will Live Out His Term

Pete and his lover chose to make their perversion a very public matter. They really worked at it. Pete said, “I’m gay as a—I don’t know, think of something really gay—that’s how gay I am.” Remember, Pete brought this up so I, as a voter, have a right to know just how “gay” Pete is.

All homosexuals are aware that their lifespan is about 20 years less than for normal people so voters should know that a homosexual president may not live to finish his term. Moreover, 70% of homosexuals admit to having at least one STD plus they are infected with other contagious diseases such as tuberculosis, pneumonia, etc.

He recently appeared on JMG for claiming that the bible doesn’t call it rape if the woman doesn’t call for help.

And in April 2016 when he declared that Melania Trump is a “slut” for having posed in the nude.

We’re guessing he wouldn’t dare repeat that claim today. No link above because fuck that guy.

Previous Fox Commentator Tomi Lahren: If The Plan Was To Turn Iran Into Glass, It Might Actually Solve The Problem
Next Mayor Pete To Fox News: I’m Old Enough To Remember When Republicans Cared About Presidential Character