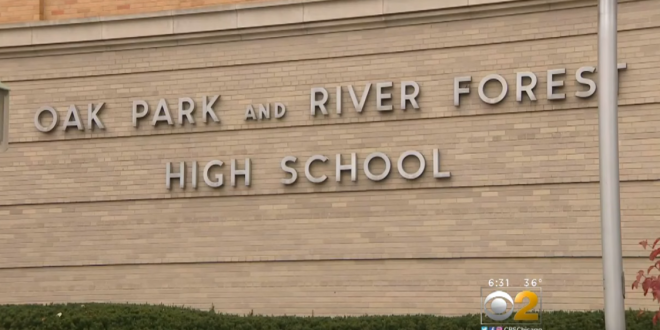 Oak Park And River Forest High School will reprint its 2018-19 yearbook because some photos show students making a hand gesture sometimes associated with white nationalism, the district’s board of education decided Monday night. Reprinting 1,750 copies of “Tabula” will cost $53,794.

Supt. Joylynn Pruitt-Adams offered new details about the controversy in an email to parents, students and staff Monday night after the board’s vote. “The photos in question, as well as other club/team photos in which students are striking poses and making gestures, will be replaced with straight-forward group shots,” Pruitt-Adams wrote.

“While putting stickers over the photos would be a cheaper solution, it would draw attention to particular groups of students and place a cloud of suspicion over all the students in those photos, regardless of whether they used the sign or not,” she said.

The high school’s students graduate today. As you’ll see in the second clip below, several months ago the school made headlines for pro-Nazi and racist graffiti.

Administrators at Oak Park and River Forest High School outside Chicago said they were pulling and replacing the yearbook after students flashed the OK hand sign co-opted by white supremacists https://t.co/G8IORxyO3V

Previous Zircon And Burlap: Nancy Pelosi Slurs Her Words And She Looks Like A “Non-Functioning Alcoholic” [VIDEO]
Next Giuliani Says “ivesssapology” For “Drunk” Pelosi Tweet