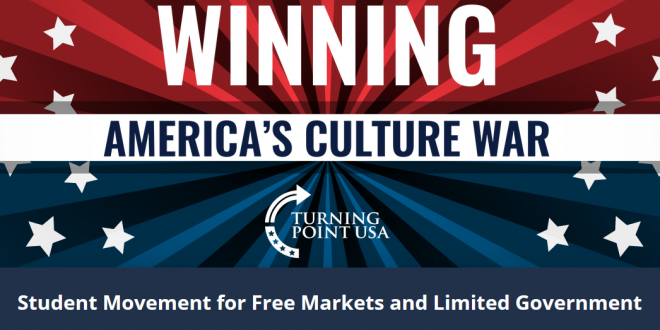 From the antifa site It’s Going Down:

A video sent to It’s Going Down and already going viral on various Facebook pages, shows the leader of the Las Vegas chapter of Turning Point USA, Riley Grisar, along with a young woman screaming about how they are going to “Rule the Country.” They then go on to yell, “White power! Fuck the n*****s!” A third voice, coming from the person making the video then yells, “Yeah, fuck em!”

Also in the video, Grisar can been seen making the Alt-Right hand sign, a sign which Turning Point USA leader Charlie Kirk has also been photographed making, along with a variety of neo-Nazi, Alt-right, and white nationalist leaders from Richard Spencer to Christchurch mass shooter, who also praised the former Communications Director of Turning Point USA, Candace Owens in his manifesto which argued that white people are being systematically displaced.