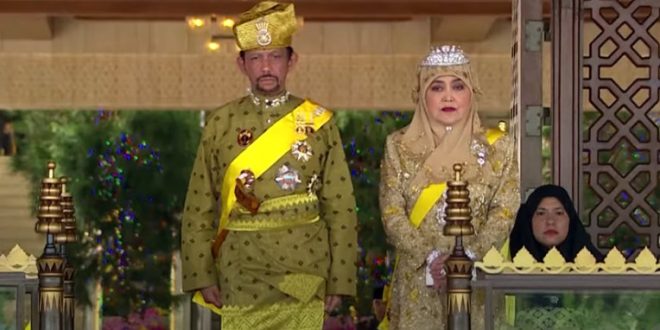 Brunei’s Sultan Hassanal Bolkiah on Sunday extended a moratorium on the death penalty to incoming legislation prohibiting gay sex, seeking to temper a global backlash led by celebrities such as George Clooney and Elton John.

The small Southeast Asian country sparked an outcry when it rolled out its interpretation of Islamic laws, or sharia, on April 3, punishing sodomy, adultery and rape with death, including by stoning.

The vastly wealthy sultan, who once piloted his own 747 airliner to meet former U.S. president Barack Obama, often faces criticism from activists who view his absolute monarchy as despotic, but it is unusual for him to respond. The sultan’s office released an official English translation of his speech, which is not common practice.

Prior to the imposition of sharia law, homosexuality was punishable in Brunei by up to ten years in prison.

Brunei 🇧🇳 Sultan says he will extend moratorium on death penalty to cover penalty of death by stoning for gay sex. This follows global outcry over new penal code introduced in April. Next step should be to announce repeal of death penalty as in Malaysia: https://t.co/Su7uxcgAWR

Brunei’s sultan says death by stoning for gay sex and adultery will not be enforced after a global backlash.

Brunei said it would not carry out executions by stoning for people convicted of adultery and gay sex, following widespread international protest https://t.co/oC9P5kr4qc