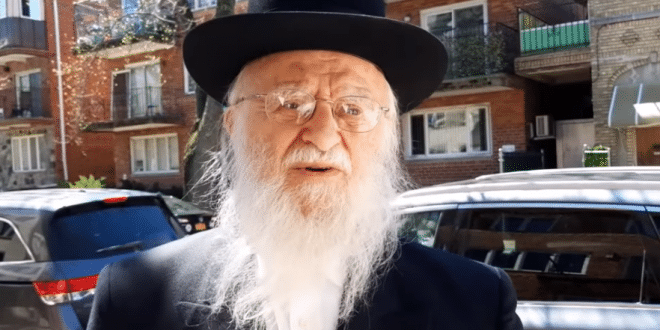 Rabbi Hillel Handler enjoyed a rare moment in the glare of mainstream media this week when he addressed an anti-vaccination crowd in a heavily Hasidic town in suburban Rockland County.

The member of the Satmar Hasidic sect riled up the crowd of a couple of hundreds of people with a diatribe that accused liberals in and out of government of using a still-spreading measles outbreak to target observant Jews.

Handler called Mayor de Blasio a “nasty German” and claimed it was “in his DNA” to hate Jews. ”Like the Fuhrer, he says: ‘Blame the Jews. They’re contaminating the whole city,’ ” Handler told the Daily News Wednesday.