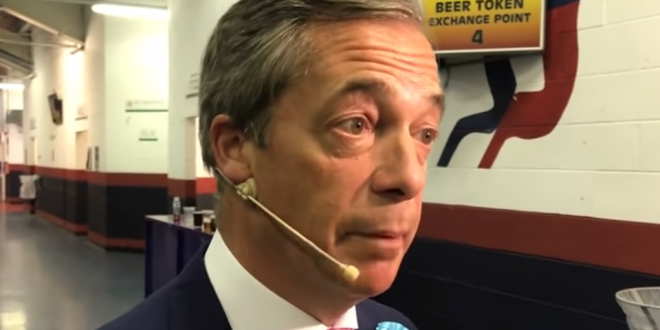 The results are coming in after Conservative Party leader Theresa May announced her resignation as prime minister on Friday morning. It is expected that U.K. MEPs (Members of the European Parliament) will only take their seats until the country leaves the European Union.

Brexit has gripped British society for more than three years, splintering both the ruling Conservative Party and the opposition Labour party into warring factions since the country’s EU referendum in June 2016.

The 28 member countries of the European Union voted from Thursday to Sunday for the European Parliament, the bloc’s only directly elected institution, which has extensive powers over legislation. The individual country votes often serve as a gauge on important domestic issues. The results in Britain were a striking success for a party that has existed for only a few weeks, and for Mr. Farage, the campaigner for British withdrawal from the European Union.

The Conservative Party’s dire performance will increase pressure on those campaigning to succeed Mrs. May to take a hard-line approach to Brexit that could result in the country leaving the European Union without any agreement. By contrast, Labour’s setback is also likely to spur recriminations and prompt calls for it to push more explicitly for another referendum on Brexit.

It took the Labour Party 45 years to win the popular vote. The Brexit Party has done it within 45 days.

This is a victory of the people.

The Brexit Party will stun everybody again if the UK does not leave the EU by 31st October. pic.twitter.com/n5DnVxkkQ7

FIVE times we’ve voted. When will they start listening?