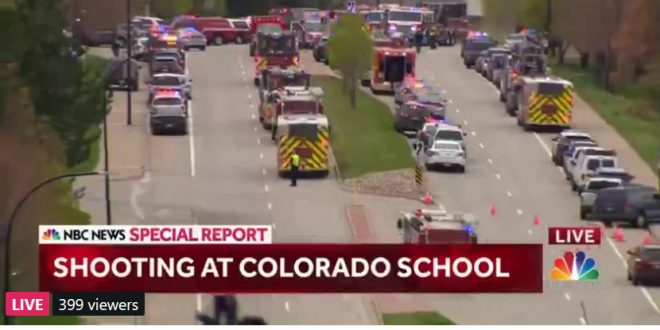 Multiple students have been hurt in a shooting at STEM School Highlands Ranch Tuesday afternoon and police are actively trying to identify and locate the shooter. Douglas County Sheriff’s deputies have responded to the K-12 charter school at Ridgeline Boulevard and Plaza Drive.

The school district confirms students from STEM School Highlands Ranch will be taken to Northridge Rec Center (at 8800 South Broadway) where parents can pick them up. Parents are being told to bring identification.