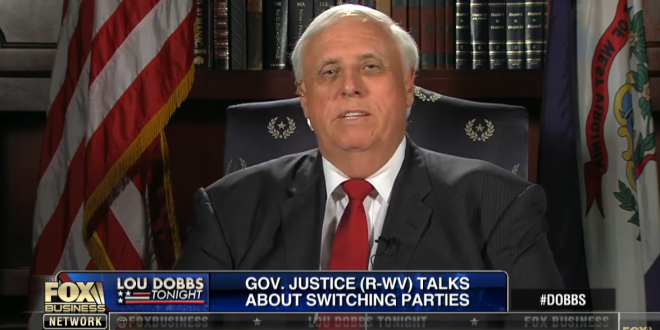 He’s a billionaire who owns mines, farms and the swankiest resort in all of West Virginia. But how Jim Justice spends his time as the state’s 36th governor has largely been a mystery. Since he took office a little more than two years ago, Justice has been dogged by criticism that he’s rarely at the Statehouse.

He’s been called a part-time governor and criticized for missing key policy debates. Some lawmakers have suggested he can’t focus on governing because he’s busy tending to his expansive business empire, which has recently come under scrutiny from the federal government.

In his most recent financial disclosure statement, Justice lists more than 100 business interests, including coal and timber companies. He’s said he wants to put his assets in a blind trust but hasn’t done so. The DOJ has also sued nearly two dozen of Justice’s coal companies to get them to pay about $4.8 million in unpaid mine-safety fines.

Justice is the richest man in West Virginia, with an estimated net worth of $1.6 billion, most of which comes from the coal company he inherited from his father. He earned national headlines in 2017 when he switched parties onstage at a Trump rally.

He’s a billionaire who owns mines, farms and the swankiest resort in all of West Virginia. But how Jim Justice spends his time as the state’s 36th governor has largely been a mystery. https://t.co/rO8HGnwr7e

US files a civil action to collect debts owed by WV Governor Jim Justice companies for violations of mine safety laws https://t.co/TAUH9mvIdU

ICYMI, here’s an earlier deep dive into many problems governor’s coal companies have had paying what they owe: https://t.co/qOO323W0KB

WV Gov Jim Justice pointing out all of his accomplishments. pic.twitter.com/dnk1DVtie0

Trump on West Virginia Gov. Jim Justice, who is tall and hefty: “He is the largest, most beautiful man.”

Previous Militia Leader Charged With Extorting Militia Members By Pretending To Be Member Of Mexican Drug Cartel
Next Fox News To Dems: Don’t Criticize Us On Fox News, Taking Shots At Us While On Our Air Is Disrespectful