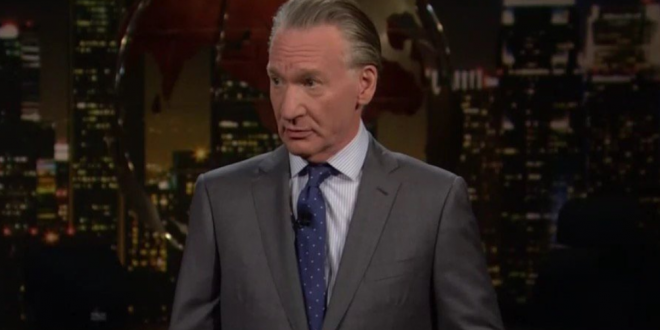 Bill Maher: Explaining The Law To Trump Is Like Playing Monopoly With A Hyena, He Just Shits On The Board

“Bill Barr is so far up Trump’s ass he bumped into Hannity. So Barr went before the Senate this week, on Wednesday, and the Democrats looked all so happy after they gave him a good grilling. But I think they missed the big picture. Trump is still President and the big gotcha was they got Barr to commit perjury, which is apparently some old-timey law about lying being wrong. Nancy Pelosi said, ‘That’s a crime and I’m going to report it to…oh, yeah.’

“See this is the problem when the guy who is supposed to be enforcing the law is the guy who’s breaking the law. Democrats don’t seem to get it. You know, ‘It’s in the rules,’ is not an argument that works on Donald Trump. You’re playing Monopoly with a hyena. When it bites you and shits on the board, saying ‘It’s not your turn’ really doesn’t work.” – Bill Maher, on last night’s HBO show.