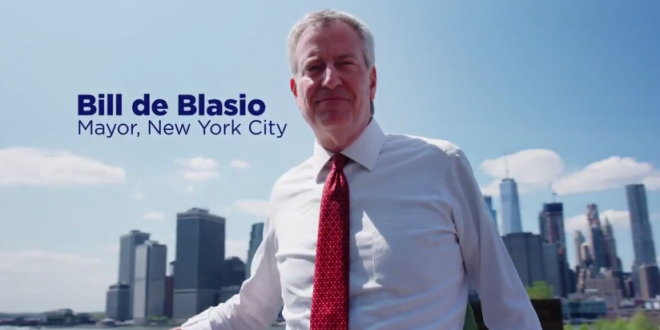 New York Mayor Bill de Blasio has released a video on YouTube announcing his campaign for president, which will be followed by an appearance on “Good Morning America” Thursday morning.

De Blasio, who is in his second term, joins a crowded field of nearly two dozen Democrats seeking to move into the White House. The central theme of de Blasio’s campaign will be “working people first.”

De Blasio has a history with several prominent Democrats very familiar with presidential runs. He was the campaign manager for Hillary Clinton’s Senate campaign in 2000 and was sworn into office for his first term as mayor by Bill Clinton. Earlier this year, he was sworn in to his second term by Sen. Bernie Sanders.