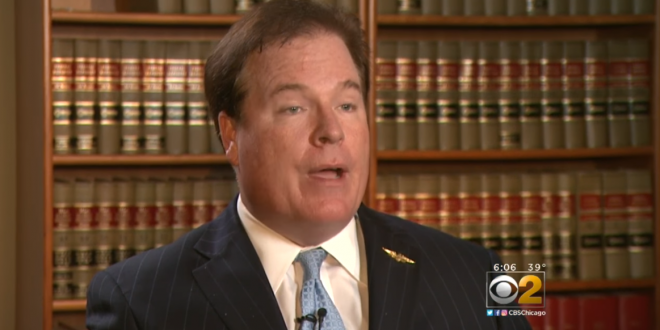 A top Chicago banker was arrested this morning on charges in made loans to Paul Manafort in return for a high-ranking position in the Trump administration.

Stephen M. Calk, 54, was scheduled to appear in Manhattan federal court in the afternoon. Authorities said Calk committed the crime while serving as CEO of The Federal Savings Bank based in Chicago. Manafort lobbied Trump’s son-in-law, Jared Kushner, to consider Calk for Secretary of the Army, according to emails from the weeks leading up to the 2016 election shown to jurors at Manafort’s tax evasion and bank fraud trial last year.

Mr. Calk and the rest of his bank’s credit committee conditionally approved the first loan to Mr. Manafort in the summer of 2016, during the presidential campaign. Days later, Mr. Manafort appointed Mr. Calk to an economic advisory committee affiliated with the campaign.

Later in 2016, after Mr. Trump won the election, Mr. Manafort recommended to the presidential transition team that Mr. Calk be considered for an administration position, the indictment said. At the time, Mr. Manafort’s first loan had been issued and a second loan was pending approval by the bank.

Mr. Calk was ultimately given the opportunity to be formally interviewed for the position of under secretary of the Army at the transition team’s offices in New York, though he was not hired, the indictment said.

Previous Lindsey Graham: This Has Been A Political Rectal Exam
Next Bay Area Town Won’t Fly Rainbow Flag After Residents Complain About Communists And Pedophiles [VIDEO]