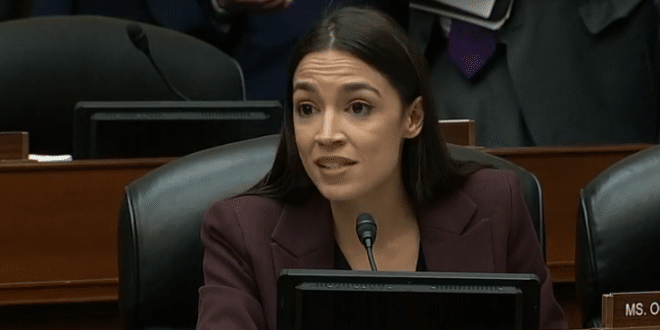 AOC Tears Into Gilead CEO: Why Does Truvada Cost Almost $2000/Month Here When It’s $8 In Australia?

The chief executive of Gilead Sciences, the nation’s leading manufacturer of HIV drugs, insisted before a House committee Thursday that a government patent on Truvada, a key drug that prevents the infection, is invalid.

“Our well-supported view is that the U.S. government does not hold valid patents on the use of Truvada for pre-exposure prophylaxis (‘PrEP’), nor does it hold any patent for Truvada itself,’’ Daniel O’Day said in prepared testimony before the House Oversight and Reform Committee.

The panel called the hearing after The Washington Post reported in March that the government had opted not to file an infringement suit to enforce a 2015 patent on Truvada from the Centers for Disease Control and Prevention (CDC).

Now watch AOC tear into him.

.@AOC to Gilead CEO: The list price [for Truvada for PrEP] is almost $2,000 in the US. Why is it $8 in Australia? pic.twitter.com/kPnMQSZE0G

We the people developed this drug. We paid for this drug. Despite the fact that the patent is owned by the public, we refuse to enforce it. There is no reason this should be $2,000 a month. People are dying for no reason.