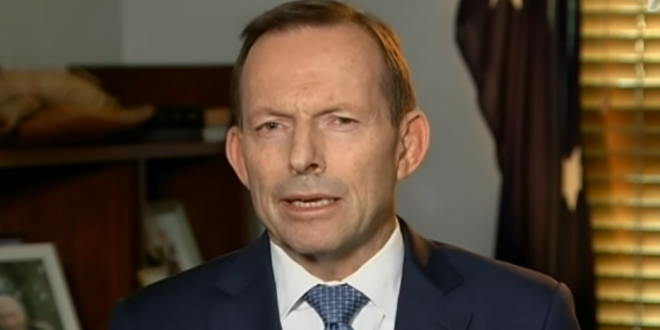 After he was ousted as Australian prime minister in 2015, Tony Abbott took his anti-LGBT campaign on the road, blasting same-sex marriage in a paid 2016 appearance before the US hate group Alliance Defending Freedom.

And now he’s lost his seat in Parliament:

Tony Abbott has conceded defeat in Warringah to independent Zali Steggall, revealing he feared his political career was over months ago but saying he “would rather be a loser than a quitter.” With almost 50 per cent of the ballots counted, Ms Steggall’s primary vote was 45.3 per cent — enough for her to claim a comfortable victory.

He also conceded climate change had played a big role in his defeat. “I have to say that once we had the result in the Wentworth by-election six months or so back, I always knew it was going to be tough here in Warringah,” Mr Abbott told supporters.