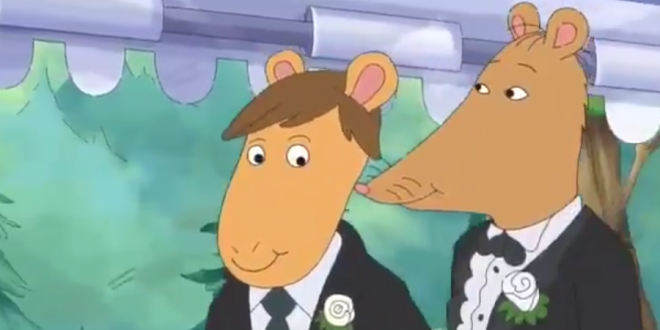 Alabama Public Television chose not to air PBS’s Arthur episode that included a same-sex marriage. APT preempted the episode by showing a re-run of Arthur.

Mike Mckenzie, director of programming at APT, said APT was notified by WGBH and PBS in mid-April about the episode entitled “Mr. Ratburn and the Special Someone” and decided to show a re-run. Mckenzie said APT has no plans to air the episode at a later date.

“Although we strongly encourage parents to watch television with their children and talk about what they have learned afterwards – parents trust that their children can watch APT without their supervision. We also know that children who are younger than the ‘target’ audience for Arthur also watch the program.”