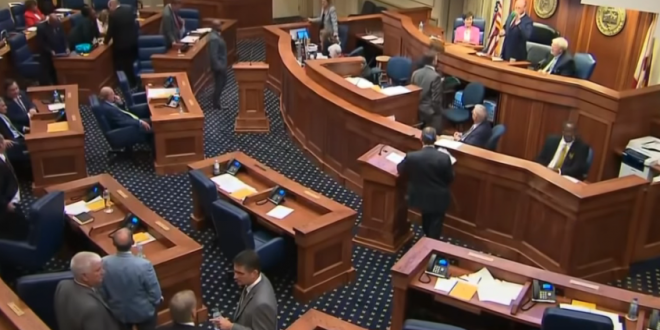 The Alabama Senate approved a measure on Tuesday that would outlaw almost all abortions in the state, setting up a direct challenge to Roe v. Wade, the case that recognized a woman’s constitutional right to end a pregnancy.

The legislation bans abortions at every stage of pregnancy and criminalizes the procedure for doctors, who could be charged with felonies and face up to 99 years in prison. It includes an exception for cases when the mother’s life is at serious risk, but not for cases of rape or incest — a subject of fierce debate among lawmakers in recent days.

The House approved the measure — the most far-reaching effort in the nation this year to curb abortion rights — last month. It now moves to the desk of Gov. Kay Ivey, a Republican. Although the governor has not publicly committed to signing the legislation, many Republican lawmakers expect her support.

This ban is dangerous and exceptionally cruel—and the bill’s authors want to use it to overturn Roe v. Wade. I’ve lived in that America and let me tell you: We are not going back—not now, not ever. We will fight this. And we will win. https://t.co/WNlr7Ys73q