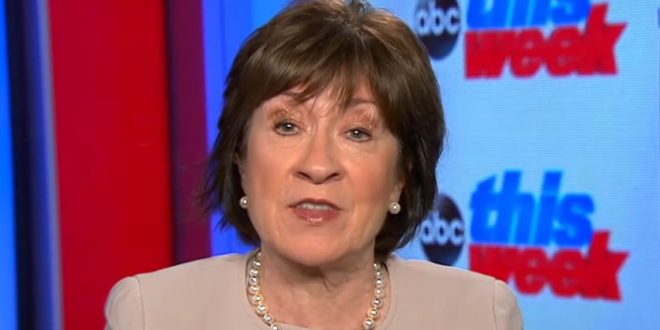 Federal prosecutors charged a Burlington woman with mailing a threatening letter containing a white powder to the Bangor home of Sen. Susan Collins.

Suzanne E. Muscara, 37, faces one count of mailing a threatening communication, and faces up to 10 years in prison and a $250,000 fine if convicted. She is expected to make her first appearance in U.S. District Court on Monday.

Inside was a double-sided Aetna Medicare Solutions flier, with blue handwriting on one side: “AnthRAX!!! HA HA HA!!!” Near the writing was a stick figure drawn with Xs for eyes, the tongue sticking out, and with “You” and an arrow pointing to the stick figure’s face, according to affidavit.

It appears that the letter was mailed during Collins’ infamous waffling on the confirmation of Brett Kavanaugh.