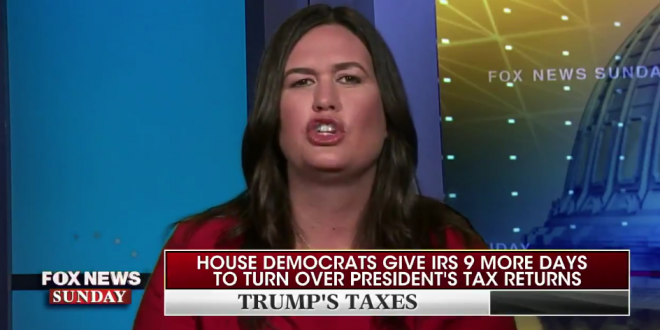 White House press secretary Sarah Sanders said Sunday that she doesn’t believe members of Congress are “smart enough” to examine President Trump’s tax returns, pushing back against Democrats’ demands for information on the president’s finances. In an interview with “Fox News Sunday” host Chris Wallace, Sanders said that Democrats were treading a “dangerous road” and that their request for Trump’s tax returns is “all about political partisanship.”

“Frankly, Chris, I don’t think Congress — particularly not this group of congressmen and women — are smart enough to look through the thousands of pages that I would assume that President Trump’s taxes will be,” Sanders said. “My guess is most of them don’t do their own taxes, and I certainly don’t trust them to look through the decades of success that the president has and determine anything.”