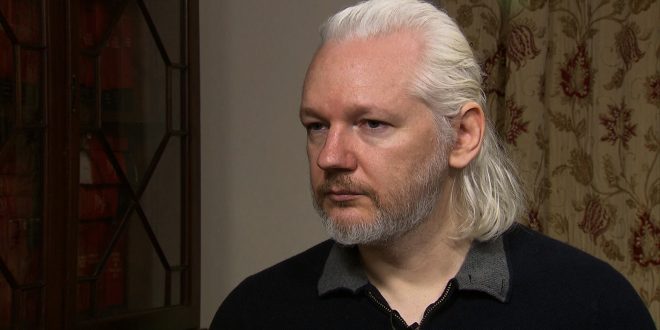 US Verbally Pledged No Death Penalty For Assange

The process of moving Assange out of the Ecuadorian Embassy started a year ago, on March 7, 2018, when the Ecuadorians made their first request to the U.K.: a letter asking for written assurances that the U.K. would not extradite Assange to a country where he could face the death penalty, according to the Ecuadorian Interior Minister Maria Paula Romo.

Ecuador’s direct outreach to the U.S. came six months later, through the country’s ambassador to Germany, Manuel Mejia Dalmau, according to U.S. and Ecuadorian officials. Dalmau sought a private “emergency meeting” in Berlin with the U.S. Ambassador to Germany, Richard Grenell, viewed as one of President Donald Trump’s closest envoys in Europe, the officials said.

Grenell then contacted the U.S Justice Department to see if he could provide assurances that the U.S. government would not seek the death penalty. According to the senior U.S. official, Deputy Attorney General Rod Rosenstein consented. That enabled Grenell to make the pledge. The agreement between the U.S. and Ecuador was a verbal one, according to a source in the Ecuadoran government.

Ecuador reportedly spent around $10 million housing Assange for the last seven years, much of which was for security and legal counsel.