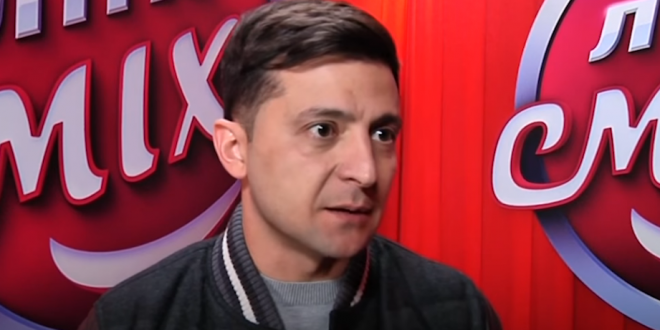 “We have accomplished this together,” Zelenskiy said in a speech. “All citizens of the post-Soviet countries, look at us! Everything is possible.”

Zelenskiy plays a fictional state leader on a television sitcom. His bid to lead the country of 45 million people was first dismissed as a joke, but his vague promises to reform the country were enough to win over voters fed up with the country’s endemic corruption, a moribund economy, and ongoing conflict with Russian-backed separatists.

This was Ukraine’s first presidential election without a clear pro-Kremlin candidate, reflecting a shift for a country that has been increasingly drawn toward the West since the Russian annexation of Crimea in 2014.

Zelensky, who lacked any sort of a formal campaign, has promised that as a fresh face on the political scene, he can shepherd lasting structural change that career politicians cannot.

The incumbent Petro Poroshenko’s unpopularity is tied to his failure to tackle corruption. Poroshenko has suggested the inexperienced Zelensky would be a dream come true for Vladimir Putin.

Volodymyr Zelensky, a 41-year-old comic actor who has never held public office, won more than 70 percent of the vote in the election for president in Ukraine https://t.co/IfXvap1IJw