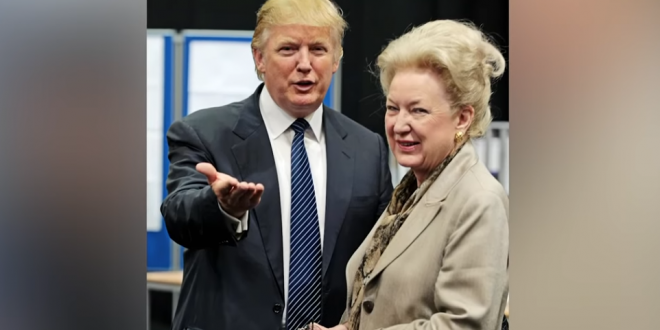 President Trump’s older sister, Maryanne Trump Barry, has retired as a federal appellate judge, ending an investigation into whether she violated judicial conduct rules by participating in fraudulent tax schemes with her siblings.

The court inquiry stemmed from complaints filed last October, after an investigation by The New York Times found that the Trumps had engaged in dubious tax schemes during the 1990s, including instances of outright fraud, that greatly increased the inherited wealth of Mr. Trump and his siblings.

Judge Barry not only benefited financially from most of those tax schemes, The Times found; she was also in a position to influence the actions taken by her family. Judge Barry, now 82, has not heard cases in more than two years but was still listed as an inactive senior judge, one step short of full retirement.

Previous Steve Bannon: If Trump Is Reelected He’ll Be Off The Chain, You’ll Get Four Years Of Him In “Payback Mode”
Next GOP Sen. Ben Sasse: Julian Assange Is A “Wicked Tool Of Putin” And Russian Intel, Deserves Life Sentence