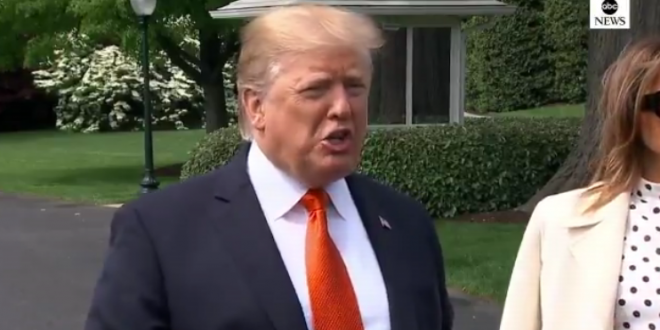 President Donald Trump on Wednesday said his administration will challenge “all the subpoenas” sent his way by congressional Democrats, escalating partisan tension that has reached a new height since the publication of special counsel Robert Mueller’s report.

Trump said Democrats’ ramped-up investigatory efforts — which just this week have included fights over subpoenas of the president’s financial records and former White House counsel Don McGahn — are a ploy to defeat him in 2020.

“We’re fighting all the subpoenas,” the president said on the White House lawn before departing for a summit on the opioid crisis in Atlanta.

“We’re fighting all the subpoenas,” Pres. Trump says, saying Democrats are trying to “luck out” in 2020 by “constantly going after me on nonsense.” https://t.co/WFGygHVmLA pic.twitter.com/IbOTtySbaz