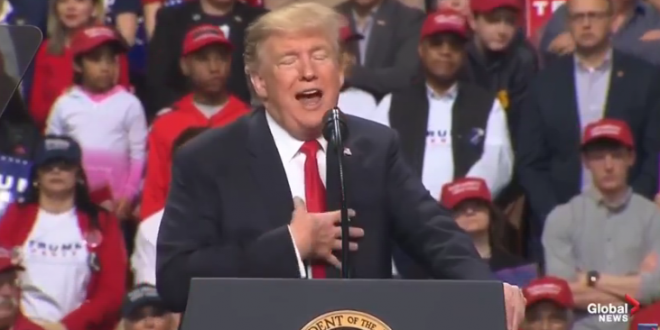 Trump To Rally Crowd: Sending Migrants To Sanctuary Cities Was Actually “My Sick Idea, I’m Proud To Tell You”

“Last month alone, 100,000 illegal immigrants arrived at our borders, placing a massive strain on communities and schools and hospitals and public resources like nobody’s ever seen before. Now we’re sending many of them to sanctuary cities, thank you very much. They’re not too happy about it. I’m proud to tell you that was actually my sick idea. Hey, hey, what did they say? We want them. I say we’ll give em to you, thank you.” – Donald Trump, speaking last night in Green Bay, Wisconsin.

Trump gleefully admits it was his “sick idea” to use immigrants as pawns in his games of political retribution. Disgusting pic.twitter.com/xQHq3s76xC

“The baby is born; the mother meets with the doctor. They take care of the baby. They wrap the baby beautifully. Then the doctor & mother determine whether or not they will execute the baby.” pic.twitter.com/Hg6V6pjgpX

Previous TODAY: The Fifteenth Blogiversary Of Joe.My.God.
Next Trump Rages: Andrew Napolitano Hates Me Because I Didn’t Appoint Him To SCOTUS Like He Asked Me To