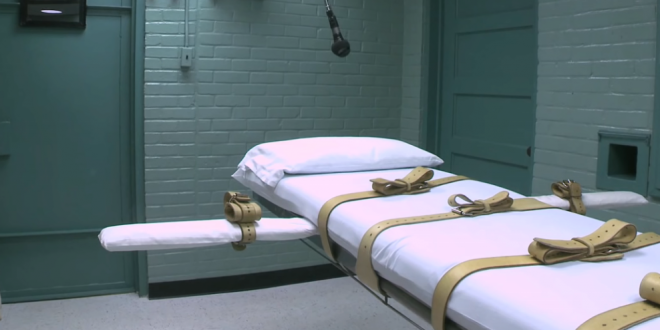 TEXAS: State Bans All Prison Chaplains From Execution Chamber Rather Than Allow Buddhists In The Room

The state of Texas has banned all prison chaplains from its execution chamber, days after the U.S. Supreme Court ruled that the state was violating an inmate’s rights by not allowing a Buddhist chaplain into the death chamber with him.

The high court last week halted the execution of Patrick Murphy, a member of the infamous “Texas Seven,” because the department did not allow him to have a Buddhist chaplain in the room with him at the time of his scheduled death.

The state only allows prison employees in the death chamber, and only Christian and Muslim clerics are employed with the state. During executions, a chaplain will often stand at the feet of the prisoner and rest a hand on his leg mouthing silent prayers.

#BREAKING After the recent stay granted to a death row inmate who wanted his Buddhist spiritual advisor in the execution chamber, Texas prisons have retooled their policy – to remove ALL chaplains from the execution chamber. h/t ⁦@TCADPdotORG⁩ pic.twitter.com/jIGjLaW0Ux

Rather than let Buddhists in the room during executions, Texas is banning all spiritual advisors from the death chamber.