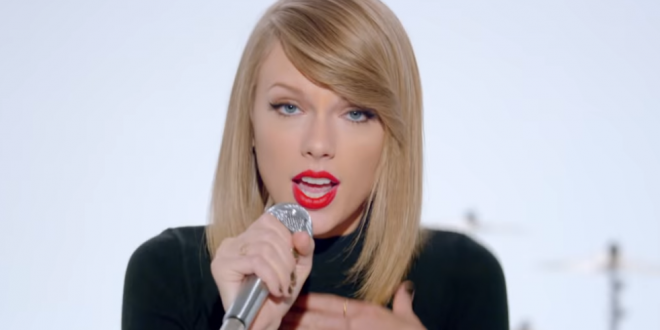 Taylor Swift has donated $113,000 to the Tennessee Equality Project as it tries to stop state lawmakers from passing a series of bills she and others characterize as a “slate of hate.” The donation was announced by Chris Sanders, who leads the project.

“She sees our struggle in Tennessee and continues to add her voice with so many good people, including religious leaders, who are speaking out for love in the face of fear,” Sanders said on Facebook. The Human Rights Campaign also has been working to defeat the legislation.

In her note to the group, Swift praised the group for organizing a group of Tennessee faith leaders in a petition against the legislation. “I’m so grateful that they’re giving all people a place to worship,” she wrote.

Among the series of bills TEP have dubbed a “Slate of Hate” are ones permitting adoption agencies to discriminate against same-sex couples and others based on religious objections, along with one preventing state or local government agencies from considering a business’s nondiscrimination policies when choosing contractors.

Another bill originally highlighted by TEP, which acknowledged the legislation had been improved with an amendment, adds bathrooms and locker rooms to a list of “public places” in which someone can be charged with indecent exposure, leading some critics to refer to the legislation as a “bathroom bill” that could lead to discrimination against transgender individuals, passed Monday in the House of Representatives.

INCREDIBLE: Taylor Swift just made a sizable donation to @tnequality and wrote a heartfelt note thanking the organization for its work in trying to defeat the anti-LGBTQ “slate of hate” in Tennessee. #tnleg pic.twitter.com/cChF3Esd4Q