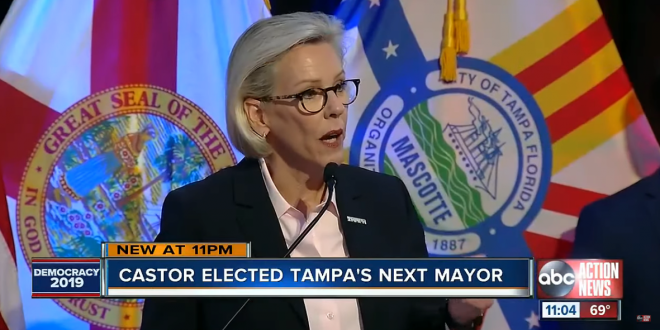 Jane Castor is Tampa’s next mayor, making history as the first openly gay mayor to gain office in Tampa Bay. The retired police chief crushed opponent David Straz with 73 percent of the vote, stretching a near-win in the primary seven weeks ago into a full-on rout Tuesday night.

It was over before the first ballot cast on Election Day got counted. Castor, 59, ran up an overwhelming lead in early voting, ending any hope for Straz despite his record spending on the race.

Campaign finance reports show the retired banker spent nearly $5-million during the campaign, much of it from his personal fortune. That means Straz spent nearly $345 for every vote he received. Castor, who won all but 7 of the city’s 103 precincts, spent about $44 per vote