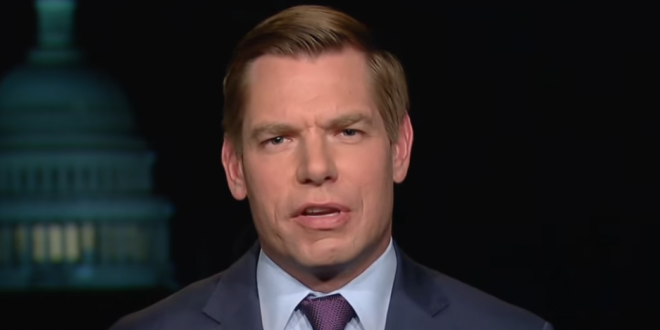 “Eric Swalwell, here’s a little ditty for ya: pop-pop-pop-bop-pop-pop-pop — 30-round clip, you’re all gonna drop,” the unidentified man says. “I don’t give a f— anymore. You motherf—er think you got some new young motherf—ers going to take over and f– the Constitution? F– you.

“You want to go to war motherf–er? We’re going to war,” the man continues. “And you’re gonna be the first motherf—ing casualty. F— you.”

As you can see, his tweet has gone viral.