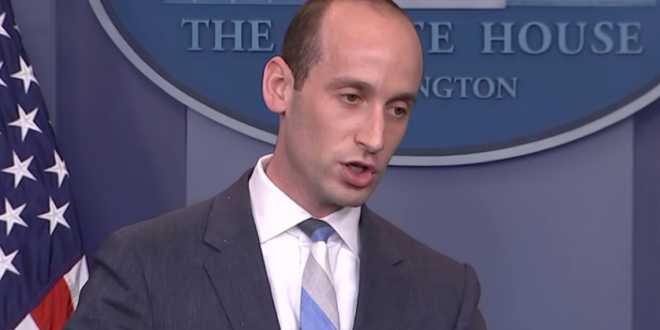 Stephen Miller, the senior advisor to President Donald Trump, would have a sneaky way to ruin the day of Secretary of Homeland Security Kirstjen Nielsen and get her to stop resisting new immigration policy proposals.

Quartz reports “former agency officials,” said Miller would leak the monthly number of immigrants apprehended at the border and those seeking asylum to the Washington Examiner, who would then publish a story about the high numbers.

Miller would then print out the story and give it to Trump. After seeing the story, Trump would then “pick up the phone and blast Nielsen…and she’d capitulate on the issue at hand.”