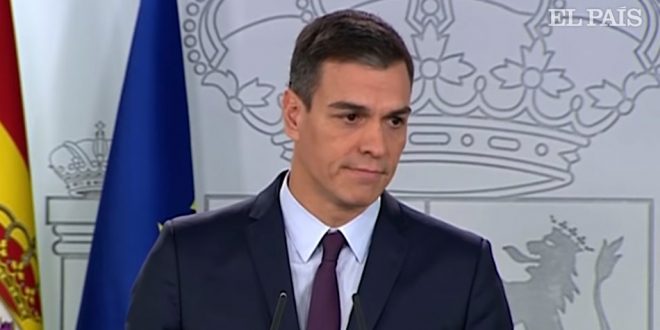 Spain’s Socialist Party strengthened its hold on the government on Sunday in the country’s third national election since 2015, with nearly complete results showing growing political polarization and party fragmentation.

The elections came after an abrupt change of government in June, when Pedro Sánchez and his Socialist Party used a corruption scandal to oust Prime Minister Mariano Rajoy’s conservative Popular Party in a parliamentary vote.

Late Sunday, Mr. Sánchez, the current prime minister, declared victory again, even though his party fell short of an absolute majority in Parliament and he will need to find coalition partners to form a government. The Socialists won 123 of the 350 seats in Parliament, with 99.9 percent of the votes now counted.

Despite it being the country’s third general election in under four years, turnout was 75.8% – well up on the 66.5% two years ago. Sánchez hailed the result and the high turnout as proof of Spain’s desire to move forward and reject the reactionary policies of some of his right wing opponents.

“We made it happen,” he told supporters in Madrid, echoing the PSOE’s campaign slogan. “We’ve sent out the message that we don’t want to regress or reverse. We want a country that looks forwards and advances.”

While the mainstream conservative People’s Party failed to thrive, the far-right Vox party picked up seats for the first time since Spain became a democracy just over 40 years ago. Vox took about 10% of the vote, or 24 seats.

Vox takes tough positions against immigration and feminism, and opposes the Catalonian push for independence. Its ideology — fringe until recently — will now have official representation in the country’s government.

‘[Vox] retweeted a congratulatory tweet from prominent American neo-Nazi and former KKK leader David Duke saying that “the Reconquista begins in the Andalusian lands and will be extended in the rest of Spain #AndalucíaPorEspaña.”’ https://t.co/ERzONvfU75

Previous REPORT: Five Of 37 Men Beheaded By Saudi Arabia Were Gay, According To “Confession” Under Torture
Next Christian Site: 5G Technology Will Bring The Antichrist